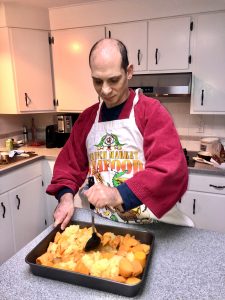 Ellen Feldman has a passion for increasing research in the intellectual and developmental disabilities (IDD) field and continuing her ongoing advocacy in that arena. She currently serves as the Central Region Vice President for The Arc New York, and as a member of the Board of Governors and Executive Committee. So, what inspires Ellen to […]
The post A Genetics Journey To Support What’s Possible in Life appeared first on The Arc.

As COVID-19 rapidly spread across the U.S. in March 2020, Congress declared a public health emergency and passed legislation that gave states more money for Medicaid if they met certain requirements. One of the main requirements was that people would be able to keep their Medicaid health care during the COVID-19 public health emergency. As […]
The post Get Ready for Medicaid Renewals in 2023 appeared first on The Arc.

WASHINGTON, DC – As the public learns more about the killing of Tyre Nichols, The Arc stands in solidarity with his family and friends. “Yet again, the nation watches another video exposing police violence against a Black man after a traffic stop.  We are horrified to witness the brutalization of an unarmed man. Tyre had […]
The post Statement on the Killing of Tyre Nichols appeared first on The Arc.

Today, Senator Bob Casey (D-PA) introduced a landmark piece of legislation to invest in the country’s care economy and make important improvements to Medicaid home and community-based services (HCBS). The care workforce is a vital part of community living and inclusion for people with disabilities—and yet the system that supports it continues to be underfunded […]
The post A Recommitment to Care with the Introduction of the Better Care Better Jobs Act appeared first on The Arc.

The Arc’s Board of Directors announces today that its Chief Executive Officer, Peter Berns, will be leaving the organization upon expiration of his contract in February. Since 2008, Peter has been at the helm of The Arc, the world’s largest community-based organization of and for people with intellectual and developmental disabilities (IDD) and their families. […]
The post The Arc Announces Departure of Longtime CEO and Leadership Transition appeared first on The Arc. 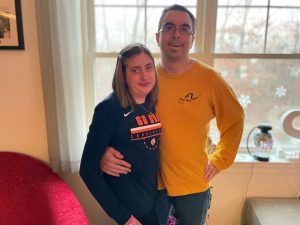 Finding love is something many of us hope for, including people with disabilities. Lauren and Scott met while they were participating in programming at Favarh (The Arc of Farmington Valley). At first, they forged a strong friendship, but as the years went on, their relationship eventually blossomed into love. Now married and living together independently, […]
The post From Friendship to Lifelong Love: Scott and Lauren’s Journey appeared first on The Arc. 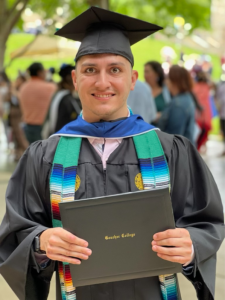 Carlos is 32 years old, lives in Maryland, and has cerebral palsy. His life has been filled with obstacles, but despite all that he has faced, he’s remained determined to achieve his dreams. Carlos was born in Ecuador, where the landscape of disability services was far scarcer, and discrimination far worse. They did not have […]
The post Despite Obstacles, Carlos Is Determined To Pursue His Dreams appeared first on The Arc.

As Congress wrapped its work for the year, disability advocates pushed for progress on a variety of priorities. Congress has now passed a package that includes some important victories but leaves others out. One of the biggest wins is an extension of the Money Follows the Person program, which helps people transition out of institutions […]
The post Congress’s End of Year Legislation Includes Disability Priorities, and Leaves Unfinished Business appeared first on The Arc.

The post Powerful Partnership Leads to Change: Comcast NBCUniversal and The Arc Continue to Make a Difference Through Digital Skills Training appeared first on The Arc.

Keep up with The Arc Georgia!!! Subscribe to our emails here!!